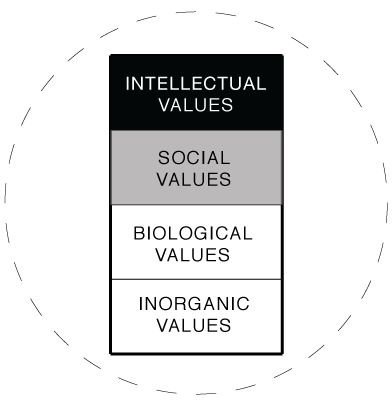 Just had a productive discussion with Ronen on Twitter where he brought out further thoughts on Trump from me and so had me question my understanding of him doing evil things. I paste those thoughts (which I slightly summarised on Twitter) below.

‪‪You’re right in that it would be very difficult for Trump to recognise intellectual quality. But the intellectual turmoil you mention is the intellectual code doing its battle. Trump is at the forefront on the wrong side of that battle! Evil is when a lower form of evolution is being used to destroy a higher form. Trump is evil because he actively destroys and threatens existing intellectual institutions and the value of truth.

You’re arguing here for the amount of ‘choice’ Trump actually has. And I agree he cannot see much intellectual quality due to possibly bad education and upbringing. So to continue that - does his ‘choice’ merely reflect on the failures of education and lack of morality within our intellectual culture and that’s what’s to blame here?

But I don’t think this matters as we know Trump has a fully functioning brain and he should know better. Yes it’s harder for him to recognise intellectual quality but it’s assumed that as a member of a democratic culture he at least understands and appreciates the value of truth. When he continually lies to increase his own social standing and questions the value of whole institutions of truth - this is Trump being evil. He should and does know better than to do this but he doesn’t care. It’s all about him. #Immoral #intellectoversociety

I think a beautiful thing the Metaphysics of Quality does is bring out modern issues within our culture ‬and shows that they're not just benign events on the world stage but show morality actively at work between giant levels of evolution. And these conflicts don't just happen at a national or international level but on a personal level as well. It's daily decisions that take folks in the right or wrong direction. This metaphysical understanding of the experience we call life is beautiful, interesting and moral!