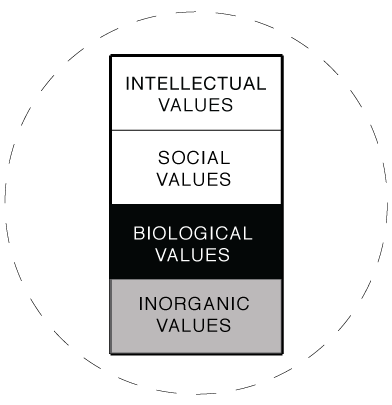 From a biological perspective men and women have very different needs and I'm not so sure our shared cultures have fully come to terms with this fact.

Generally speaking, evolutionarily, a man's needs are very simple, whilst a woman’s a bit more complex. Rather than simply a partner with obvious aesthetically genetic beauty; as a judge - women choose what behaviours and traits a man needs to display for those traits to continue and ensure the survival of our species.

Below Robert Pirsig talks about the need for a man to ensure he can satisfy her in any way she deems necessary. But what are those requirements she creates? Are there some traits in men that the majority of women - consciously or otherwise - look for? Perhaps there are biological traits that all women look for because it gives them hints that he will be able to provide for them, provide safety, and ensure the survival of their offspring?

This is the question that I want to answer in a future post. It's a moral question because it gets to the heart of the types of questions the Metaphysics Quality shows its strength in answering. It will allow us to easily distinguish between biological value and social value and then to use intellect to find the best solution. A solution which would appreciate that biological quality exists and yet lights the way to the the moral and intelligent way of dealing with it. But for now - enjoy the below beautiful quote from Pirsig in Lila..

"From the cells' point of view sex is pure Dynamic Quality, the highest Good of all.. This same attraction which is now so morally condemned is what created the condemners.

Talk about ingratitude. These bodies would still be a bunch of dumb bacteria if it hadn't been for sexual quality. When mutation was the only means of genetic change, life sat around for three billion years, doing almost no changing at all. It was sexual selection that shot it forward into the animals and plants we have today. A bacterium gets no choice in what its progeny are going to be, but a queen bee gets to select from thousands of drones. That selection is Dynamic. In all sexual selection, Lila chooses, Dynamically, the individual she wants to project into the future. If he excites her sense of Quality she joins him to perpetuate him into another generation, and he lives on. But if he's unable to convince her of his Quality - if he's sick or deformed or unable to satisfy her in some way - she refuses to join him and his deformity is not carried on.

Now Phaedrus was really awake. Now he felt he was at some sort of source. Was this thing that he had seen tonight the same thing that he had glimpsed in the streetcar, the thing that had been bothering him all these years? He thought about it for a long time and slowly decided that it probably was..

Lila is a judge. That's who lay here beside him tonight: a judge of hundreds of millions of years' standing, and in the eyes of this judge he was nobody very important. Almost anyone would do, and most would do better than he.

After a while he thought, maybe that's why the famous 'Gioconda Smile' in the Louvre, like Lila's smile in the streetcar, has troubled viewers for so many years. It's the secret smile of a judge who has been overthrown and suppressed for the good of social progress, but who, silently and privately, still judges.